June 9th at 2:00 PM EDT | A discussion on why interop for whole-person care is more than a technical problem → 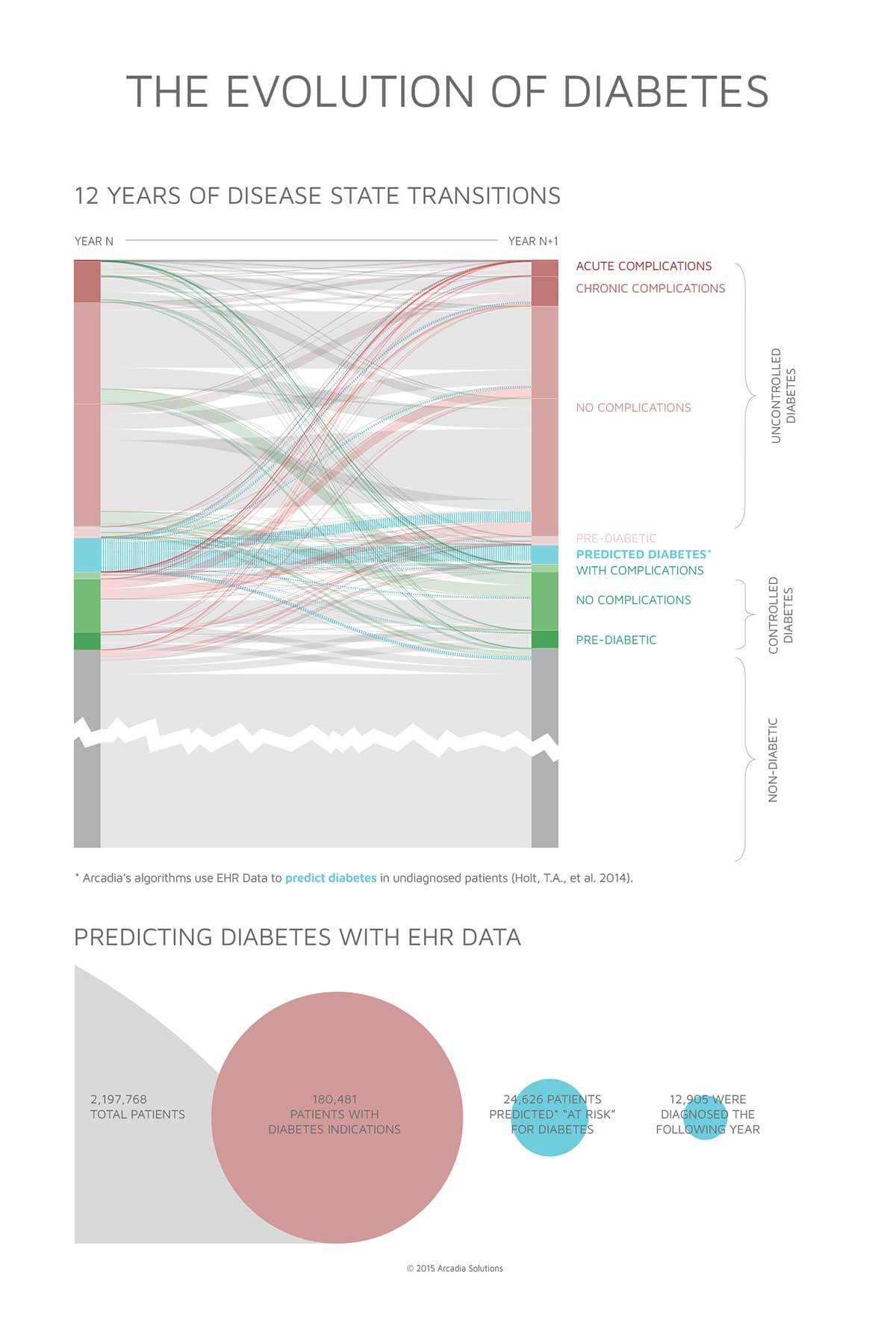 With a de-identified dataset of Claims and EHR records for nearly 10 million lives, Arcadia’s Benchmark Database provides nearly limitless possibilities for advanced population studies. Here, over a decade of diabetic patient data are normalized to visualize transitions between various states of severity and control of the condition. Rising red lines represent patients who are initially diagnosed with diabetes or whose diagnosis increases in complexity, as defined by lab and assessment data from the EHR. Swooping green lines show patients going in the opposite direction, moving into a position of better condition management. The reasons behind these transitions vary – among them, medication adherence, complicating conditions and unplanned (or well-managed) social, psychological or economic interactions.

In this longitudinal study, Arcadia implemented a predictive algorithm (see Holt, T.A., et al, 2014) that leverages a variety of lab result data to identify undiagnosed diabetics, a group that the CDC estimates represents over 25% of all diabetics, nationally. The algorithm identified a group of patients, over 13% the size of the known diabetic population, at a high likelihood of being diagnosed with diabetes in subsequent years. 45% of those patients were diagnosed the following year. The vast majority were uncontrolled at the end of that year. Nationally, the incidence of new cases of diabetes was 7.8 per 1,000 individuals in 2012, meaning the predicted group had an incidence rate over 50 times that of the general population. With Arcadia, providers and care managers can use algorithms like this to trigger early outreach and education, increasing disease control rates well before the initial diagnosis.

Explore a deeper analysis of this data visualization.

To request a high-resolution version of this data visualization — suitable for printing — please fill out this short form: